What is therapeutic drug monitoring?

Therapeutic drug monitoring is the measurement of specific drug concentrations in the blood at timed intervals, to maintain a relatively constant concentration of the medication in the circulation. Monitored drugs tend to have a narrow “therapeutic index” – the difference between the toxic and therapeutic doses of medications.

Why is it important?

Many drugs that require therapeutic monitoring are taken for a lengthy time. They must be maintained at the right concentrations year after year while the person ages and goes through life events that may alter that individual’s drug level, including pregnancies, temporary illnesses, infections, emotional and physical stresses, accidents, and surgical operations.

Thus, therapeutic drug monitoring helps to personalise dosage to fit the specific needs of a patient.

How are tests typically performed?

In recent years, Point of Care Testing (“POCT”) is fast gaining clinical acceptance. POCT is often accomplished using transportable, portable, and handheld instruments. Cheaper, faster, and smarter POCT devices have increased the use of POCT approaches by making it cost-effective for many diseases, such as diabetes, and acute coronary syndrome.

The market for POCT is estimated at around $50bn. 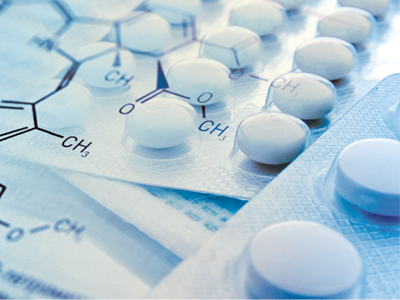 Which classes of drugs need to be therapeutically monitored?

Below are the classes of drugs which need therapeutic monitoring, with some example drugs named.

Mass spectrometry is an analytical technique central to therapeutic drug monitoring but has several downsides.

Microsaic’s technology combines the power of mass spectrometry, with its unique “mobile” footprint, a combination which opens the opportunity for mass spectrometry to become a powerful POCT tool.

Microsaic recently announced its partnership in China, to bring its mass spectrometry “patient-side” for the monitoring of psychotropic drugs.

What are psychotropic drugs?

A psychotropic drug alters behaviour, mood, thoughts, or perception. Approximately 970 million people, globally, lived with a mental health disorder in 2018. This is marginally more than one in ten people, globally (10.7%). According to the World Health Organization (WHO), the population of people aged 60 years and above is projected to double from 2015 to 2 billion in 2050.

As many of the agents used in psychiatry have narrow therapeutic indices, the capacity to avoid dose ranges where there is a high likelihood of severe adverse effects or toxicity is important in clinical practice.

The opposite problem to toxicity is a dosage which is not high enough to have therapeutic effect.

Compliance rates (i.e., patients not taking their treatments) are often poor in psychiatric practice. Factors in common with other medical disorders include intolerance of adverse effects and difficulty in accepting the need for long-term treatment. Issues specific to psychiatric disorders include impaired insight and preference for psychological as opposed to pharmacological management.

What are the next steps for Microsaic?

With its partners, Microsaic is working to achieve medical approval for its device in China, so that it can fully commercialise by 2022.

Microsaic views the psychotropic application as the first of many (see “which classes of drugs need to be therapeutically monitored” above) and will next move to these additional application areas.

Also, a priority will be to extend this capability to other geographies.

Get in touch for more information on our point-of-need technology and how it is being utilised in the protection of human and environmental health.