We often refer to Life as being “carbon-based”. Long chains of carbon atoms (along with other elements) that make up complex molecules, which in turn inform the building blocks of Life: amino acids, peptides, proteins, RNA, DNA, cells, tissue, organisms.

And yet it is water that is responsible for Life’s creation and evolution.

Water enables transportation of food, metabolites, molecular messengers within and between cells. Water is a “polar”, or partially charged, molecule acting as Life’s solvent.

Water’s polarity further enables cell membrane structure, which has hydrophilic (water loving), and hydrophobic (water “hating”) elements which arrange as a protective layer around cells, nurturing the watery world inside. 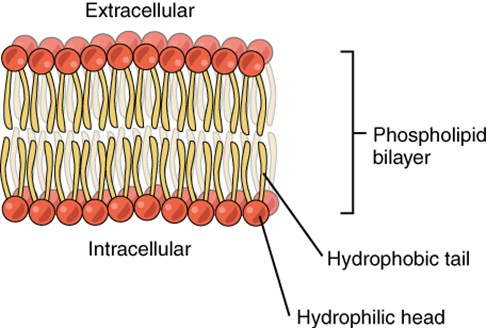 Figure 2 – The cell membrane – keeps water inside the cell.

Without cells, there would be no Life. Put simply, water means Life.

The peculiarities of water

On the face of it, water as a physical substance is benign, uninteresting, ubiquitous: tasteless, colourless, odourless.

Yet, it is as physically strange as it is day-to-day unremarkable.

Due to the unusual properties of “hydrogen-bonding”, unlike other liquids, when frozen, water expands and becomes less dense compared with its liquid form, and so floats to the surface. Whereas other solids will contract and sink in their own medium. Important when we consider water therefore freezes from top down (rather than bottom-up), protecting life beneath its surface in cold climates. 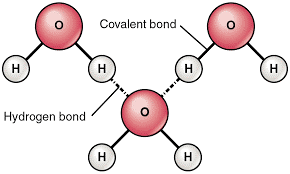 In the Thar desert, northern India, the land heats up creating a low pressure above it. Meanwhile, above the nearby Indian Ocean, the air pressure is still relatively high because the sea (with its high specific heat capacity) has not heated as quickly. Moist, high pressure air flows from the sea to the lower pressure air over land. This airflow meets the Himalayas, pushing upwards, cooling 1 degree centigrade every 100m; the same rule, as anywhere else on Earth. The water (as vapour) contained within precipitates and forms copious rain; a phenomenon that happens annually from June to September, known as the Monsoon, and which millions of people are so dependant for their lives and livelihood.

Figure 4 – the trail of The Monsoon

Water has amazing cohesive and adhesive properties. Both properties are essential for fluid transport in all corners of Life. For example, aided by transpiration, the adhesive and cohesive action of water allows for capillary action, which enables water to scale the trunks of trees, many hundreds of meters tall, taking nutrients as it flows. 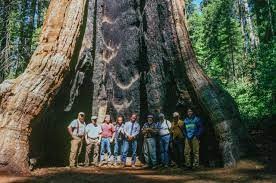 Where does this magical substance come from?

A recent study at Harvard University showed that of 4000 exo-planets 35% appear to contain half their mass as water.

Both chemical elements hydrogen and oxygen are born in stars, then later coming together, using interstellar particles as bonding substrates to make water.

Some stars even make water directly, acting like stellar geysers, at any instant pumping into space a hundred million times the volume of water that flows through the Amazon, at 200,000kph.

The exact mechanisms for the existence of water on Earth are still in debate: did it coalesce as icey rocks and planetoids in swirling clouds from our newly formed Sun, during the creation of the Earth; did it arrive as ice locked deep withing the structures of meteorites, comets, or maybe asteroids. The answer is, possibly a combination.

Water’s terrestrial facts are equally superlative, regardless of its origin.

The amount of water in our oceans is 1.5 billion km3, covering 71% of the earth’s surface. At its deepest, the Mariana Trench sinks 11km below sea level. We understand more about space, than we do the depths of our oceans: at 11km depth, the equivalent pressure is a crushing 1,092 times that at sea level…the average person would weigh almost the equivalent of the space shuttle. The oceans supply 50% of the world’s oxygen, through the photosynthetic action of phytoplankton, and they supply a fifth of the nutritional protein to 1.5Bn people, while supporting 90% of the world’s freight. 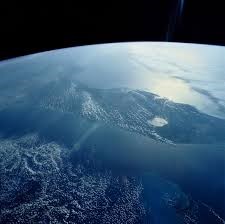 Figure 6 – the Earth from space is blue!

…nor any drop to drink

The oceans comprise 97% all water on our planet. The remaining 2% is “trapped” as snow and icepack, with the final 1% in underground aquifers. That is not strictly true, 0.4% exists as surface water in lakes and rivers. So, from this mix of water bodies, where do we draw our water?

Ultimately all our water comes from the sea, by the process of evaporation from its surface where it is carried to land as clouds and vapour, and then falls as rain or snow.

The chemistry of rainwater is remarkably like that of seawater, though very much diluted (which is why rainwater does not taste salty). The main difference will be greater dissolved carbon dioxide in rainwater (which is a large component in the atmosphere). The two left hand graphs in Figure 7 show the comparison of rain and sea water, and their similar relative chemistries.

Quite literally, we shower in sea water every morning!

Since the ocean is by far the largest body of terrestrial water, it seems logical to look here first. While de-salination technology is improving all the time, it is energy demanding (to supply the entire US with desalinated sea water would increase the country’s power consumption by 10%, or the equivalent to today’s domestic consumption by refrigerators). Desalination is also polluting, as the processed “dehydrated” seawater increase ocean salinity with large outflows of warm, concentrated brine. While ocean life clearly thrives in a salty medium, salinity is finely balanced and too much or too little upsets that balance for Life. Increased sea water temperature, only by a degree or two, significantly affects oxygen solubility in water such that Life struggles to survive. 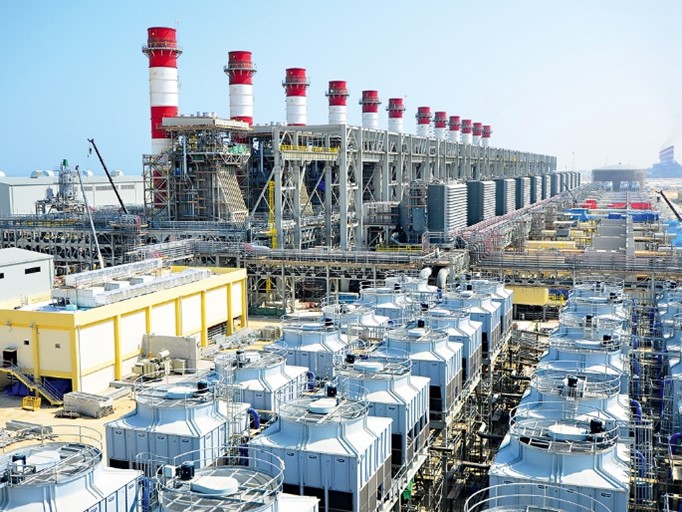 Aquifers, as we have seen, make up around 30% of the world’s fresh water. Almost half Americans use ground water to drink, either from wells or pumped from aquifers (underground lakes, in essence). This figure is equally impressive worldwide, particularly in India: 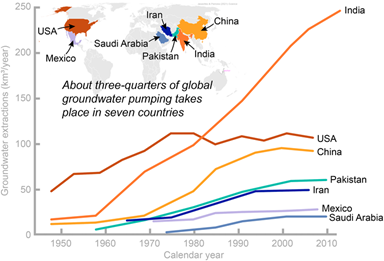 It can take thousands of years for surface water to percolate through rocks to fill these vast underwater lakes, and if abstraction exceeds infiltration, these aquifers will dry. 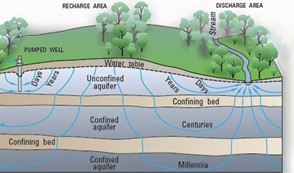 Figure 10 – it takes centuries or Millenia to fill an aquifer, USGS

More than a third of all ground water supplies are at risk, globally. Households in Central Valley, California and south-eastern Arizona are literally running out of water.

The chemistry of groundwater is unique, compared with surface and sea water. It is mineral rich, often taking on the chemistry of the rocks it flows through. Rocks rich in calcium, magnesium and iron will give water its “hardness”.

In our last blog we spoke about the types of pollution that can affect our water quality.  A recent report by the Marine Conservation Society and ChemTrust states that “not one of England’s 4,679 inland water bodies assessed by the Environment Agency in 2019 received good chemical status. All have levels of certain chemical contaminants related to human activities exceeding environmental standards.”

It is expected that the UK Government’s Chemicals Strategy for 2021 will consider integrating longer term monitoring of our water, integrating chemical, biological and ecological indicators.

What gets measured gets done

With the recent development of miniaturised analytical equipment, such as mass spectrometry (MS) and liquid chromatography (LC), point-of-need detection is more achievable than ever. Large, centralised labs already use these types of analytical tools in the detection of all the above substances Moving these detection tools to the point of need allows us to monitor whole ecosystems and map these issues by geography and time. With the addition of AI, we can then not only determine what has happened but can help predict what could happen. This is our mission at Microsaic Systems, to utilise our point-of-need instrumentation to help protect human and environmental health.

Implement portable analytical solutions to solve your environmental monitoring needs, get in touch with us to learn more about how Microsaic’s point-of-need products can help.